Fatherhood: The Nature and Demonstration of God It’s that time again. A great day where we celebrate fathers for what they do and for who they are! In the midst of the sales and ads targeted to men, and the purchase of gifts, there is love shown to the fathers. But we see another darker, harsher, contradictory, and bitter side that comes around during Father’s Day.

It goes without saying that there has been a profound lack of fathers in the lives of their children in our society. This has produced an untold amount of pain, anger, and strain on society as a whole. This also has left the void where many are raised by single mothers, many of whom are doing an incredible job under tougher circumstances.

Of course; I’d be remiss to not point out that being a single mother can come about through other reasons, from the death of a husband, separation/divorce, and others, but for many it has come from the absence of fathers in the life of their child.

The heavy presence of single mothers has made popular a thought & gesture on Father’s Day to honor them by calling them their mother and their father. I’m not sure where this started from; but with me seeing this more and more, I find myself disheartened as I see the way fathers are treated and the calling of fatherhood is made dispensable to anyone who raised up a child regardless of gender.

The reasoning goes that if a single mother had to step up where the father didn’t, that she had to do his job for him, so she can be called a father as well as a mother. Whether people realize it or not, that kind of reasoning doesn’t just take away from fathers, it actually dishonors the calling of a mother as well.

To say that because the mother raised children by themselves that she’s a father also takes away from the unbelievable strength needed to raise children up as a woman all alone. That in order for her to parent the child, she must assume the role of a father that is meant to be male, instead of doing it in her womanhood. It doesn’t empower women who step up and walk in their calling as mothers, despite the void of a father.

Being a father is not a title that just can be switched on or put on anyone. It includes raising up your children just like motherhood does, but that’s not what sums up being a father. A father’s calling is to teach their son to be a man just like him, in an ideal family situation, with one of good character. To be able to be decisive, consistent, strong, and mature. For a father raising up a daughter, he is called to be the representation of manhood to her, a model that shows her how she is to be treated as a woman from a man.

When this calling isn’t upheld, there’s still the ability for the child to be a great man or woman because of God’s grace to those who trust in Him, and built-in human resiliency by Him even if they don’t believe in Him, but the void is still there. The reason why the void is felt so much, and experienced so vividly, is because fatherhood didn’t start with us.

Before God created Adam, or creation period, He was the Father. If you ask anybody what is the first revelation of God timeline wise, you’d get the Creator, since Genesis 1:1 declares that’s who He is. But Jesus gave us insight into the nature of God when He said about Him, “… You loved me before the foundation of the world (John 17:24).”

Who loved Jesus, the Son, before the world was created? The Father. So, before anyone or anything else came into being, there was an eternal love shared within the nature of God by the Father to the Son. Without me going into a discussion about the biblical view of the Trinity, this insight into who God is as a Father should fundamentally shift our approach to fatherhood when it comes to Father’s Day.

Since God is the Father, Son, and Holy Spirit, the reality of fatherhood is of divine origin, not human origin. This means that, God is fully invested in revealing fatherhood amongst creation, as His desire is for us to enjoy a relationship with Him as our Father through the Son, Jesus Christ. Not once in being a Father did God give us the opportunity of calling Him a mother (though some religions/religious views would encourage that), which says a lot about the nature of fatherhood and how it’s intended to look.

Speaking of God, the Psalms say He is, “A Father to the fatherless (Psalms 68:5)”, and when He sends His Holy Spirit to live in believers whom He has adopted and given the right to become His children, the Spirit cries out, “Abba Father (Romans 8:15-16)”. That’s why faith in Christ is relational, the rules are an outgrowth of the relationship, not the creator of this relationship. You are His therefore you live it, you don’t live and try to become His because you can say you followed the rules.

Human fathers exist because our Heavenly Father eternally exists, and with that, brings a deeper meaning to being a father here on Earth. Even for the fathers that didn’t leave the home, yet are emotionally, mentally, and physically distant with affection, concern, intent, towards their children, it shows. It affects them. They will be accountable before the Father for how they walked in their duties as a father.

So as Father’s Day comes and goes, let us have a renewed way of thinking when it comes to what a father is. A man who is called to raise their children up with love, faithfulness, consistency, maturity, strength, honor, dignity, and so much more. To the mothers who are raising up kids on their own, or have raised them in the past, be a woman in the truest sense of the world. You are not meant to be a father, you are meant to be a mother. Motherhood is an honor, and fatherhood is an honor that is distinct in their callings, let us live knowing that and walking in that.

I can’t end this blog post without giving honor to my father! Dad, I love you, and I thank you for your leadership over our family. God blessed us when He gave us you! 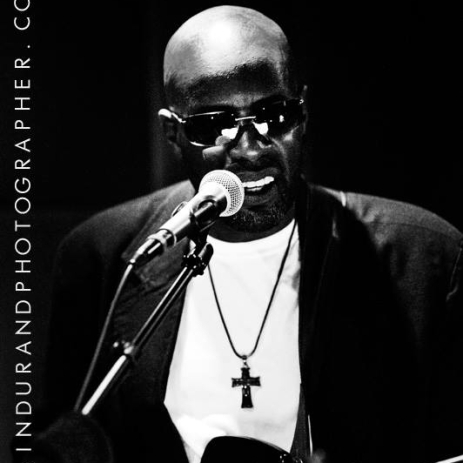 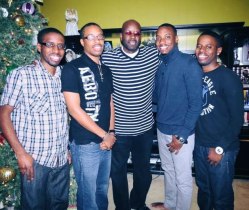 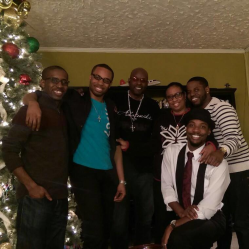 The Holy Spirit, the gift of tongues, and my experience

Gifts will not produce Love & Growth

Helpful Ways to Respond to the Coronavirus Pandemic

No More Slavery to our Thoughts — Be Free