My Rejection Of The Fear Of Police 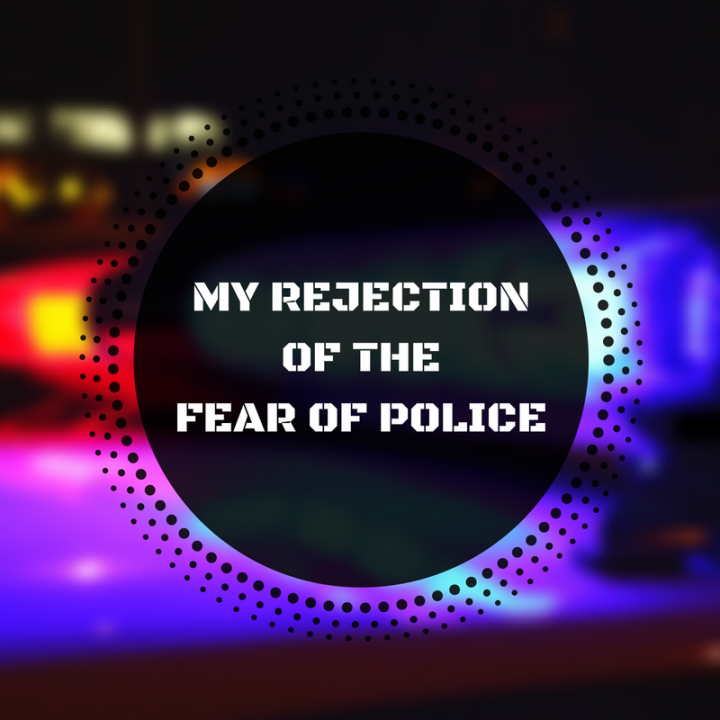 I don’t need to reiterate how bad the times are when it comes to the relationship of police and the black community. There are too many fatal encounters that police have had with unarmed civilians that could’ve been de-escalated. When you continue to see this play out in American society, it causes you to think about your safety, and if you’re able to survive at this point.

The fear and hopelessness can be felt deeply as we grapple with our response to this issue that never seems to get better. As a result, I’ve seen a few honest and heart-breaking posts online about how scared black people are about getting stopped by police. In vivid detail, the emotions that many have gone through when being stopped or seeing someone else stopped are expressed, and it’s incredibly unfortunate that this climate of fear and anxiety rests on us when it shouldn’t.

While the concern is real and I know why people are scared, I really want to encourage my fellow believers to not adopt this mindset, because it cripples us emotionally and spiritually. Proverbs says death and life is in the power of the tongue, and when you accept that this is the way you have to live in order to stay alive, you continue to speak in fear, and your life reflects it.

This kind of fear is ultimately irrational, because it doesn’t change the situation, it only changes the way you feel about it and even affects your health. In Psalms 139:16 it says you have been appointed the days you have on this planet, there is nothing that escapes God, and His plan for your life can never be hindered by the actions of an officer.

I simply REFUSE to take the stance that when I see a black man stopped by police I must fear for his life. I don’t have to fear, I just have to be aware and not purposefully ignore the reality of what could take place. I don’t have to live in fear for my family when they’re driving on the road, no matter what could happen.

The tragic irony of fear is that it gives you the perception of control over whatever you’re fearing, just because you’re mentally preoccupied with it. You cannot make a police officer treat a black man they stop with respect and care. Your fear will not cause an officer to do right, that officer has to do that as his civic and moral duty.

However, I can honestly tell you that if I ever get pulled over, that I would be concerned and aware of the unfortunate history of negative interaction between blacks and law enforcement. I would be aware of the uncertainty that even the officer deals with when approaching a car. I’d keep my eyes open and pay attention to detail in a way that others don’t normally have to. To anyone who reads this and doesn’t have to think about this, empathy is what you can pray for to God so that you’re sensitive to this. I pray this prayer myself, because my vulnerability to this fear is reduced because I’ve never been stopped.

In that awareness though, I will not subject myself to freezing up whenever I see an officer. I won’t walk past a stopped car with fear in my heart for the negative. Instead, I will walk with awareness and put my trust in God, who is a shield for me when I do trust Him. I will consciously reject anything that doesn’t line up with the peace that God has given to me.

I have no illusions about what’s going on today, and I pray that no one forgets or ignores it due to any hardness of heart. I just want my family in Christ to live in freedom, and to never surrender to the bondage of fear.

Jesus and the disciples He seeks