On Saturday, September 24th, I attended the 7th annual Kingdom Choice Awards! It is held at the Kumble Theater in Brooklyn NY, and it celebrates the artists that are in various Christian genres of music.

A lot has taken place between the last KCA and this one, so this year’s award ceremony was filled with reflection and remembrance. We reflected on the loss of our dear DJ and brother in Christ DJ Official, who tragically passed away due to complications from his double lung transplant.

We also remembered the highly acclaimed Rapfest festival, which was held in the Bronx, that ended after 20 years of faithful ministry! If you know anything about Christian Hip Hop, you should know how important Rapfest was to the genre as well as the community it served.

To top it off, there was a cypha at the end to honor Rapfest. It included Todd Bangz, Richard Dauphin, Daarinah, and Pryzna. The last word came from Rapfest founder Bert Bocachica, who freestyled a rhyme, to encourage the CHH community.

With all that transpired that evening, if the host of the event doesn’t deliver, it makes for a rough evening. Well Christian King; an upcoming comedian, who is affiliated with the Church Of Laugh comedy movement, came through! The way he weaved his comedy in the midst of the acts weren’t forced, and he never disappoints.

Speaking of the acts, a lot of them came prepared to the delight of the crowd! Some of the artists are known by many, while others were virtually unknown, yet made themselves known. 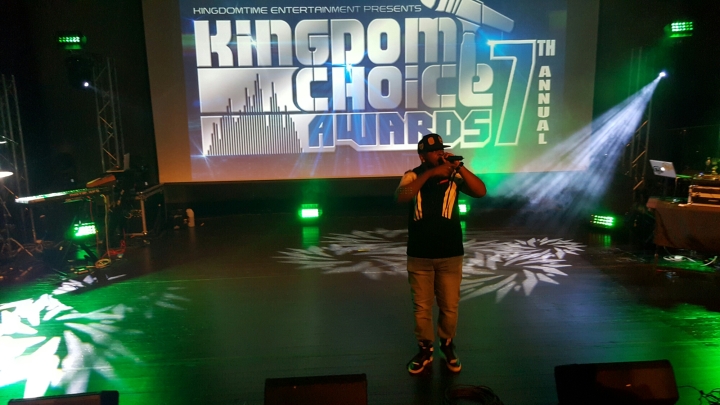 One last thing I want to highlight is the moment Flame received the Kingdom General honorary award for his time in ministry. This was very cool to witness, because it takes me back to my first official writing gig on the Trailblazin’ Ministries website.

I discovered the opportunity to write album reviews for them, and I jumped on it. It wasn’t something that paid, but I got free albums and it was alright with me. The first album I reviewed was Flame’s Our World Fallen, so to see him honored was a great moment.

It was good to see the Kingdom Choice Awards back after its hiatus! The proof that it was missed was the fact that it actually sold out. I really had a great time, and I encourage you to come next year. The rest of the pics are below.