Christians And Profanity: The Language Of The Free? 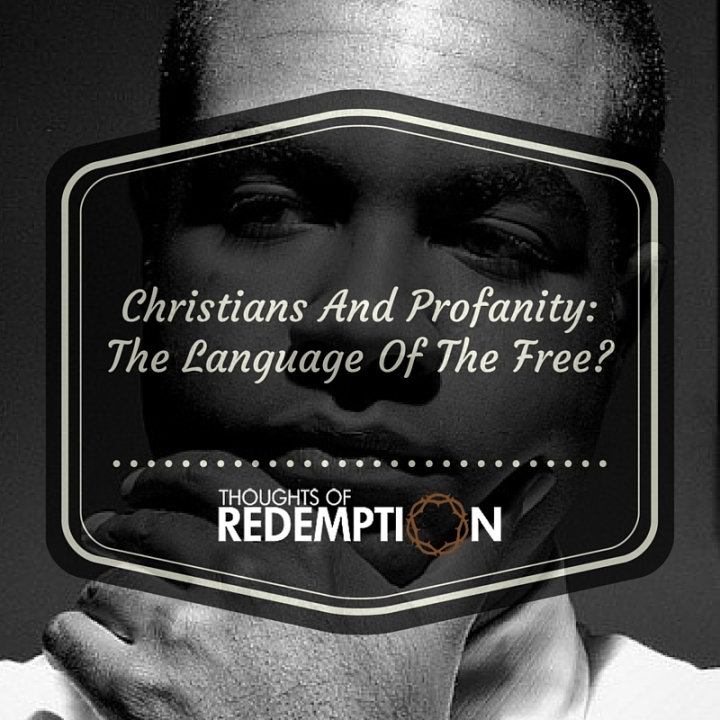 If you’ve been a Christian for some time, chances are you’ll encounter the discussion of profanity, on whether or not it’s ok for Christians to use in speech. For the past few years, it has been a contentious point of discussion, particularly for those involved in the Christian Hip Hop/Christian rap community like I am. This past weekend, the conversation has started again in that community.

Personally? I’ve grown tired of this issue being brought up again, yet here I am writing a post on this.

Your face after reading that

ANYWAYS. I get tired of it, because it gets volatile and there’s so much ignorance concerning cursing, profanity and what the Bible has to say about it. Usually, cursing is primarily thought of as profanity, when the Bible addresses cursing differently.

Most people who think of cursing as mainly profanity also engage in cursing other people, yet don’t even realize it. Saying things like, “You’ll never amount to anything!“, or “Kill yourself!” are incredibly destructive and corrupt patterns of speech. “Out of the same mouth proceed blessing and cursing. My brethren, these things ought not to be so” says James in chapter 3 verse 10.

We can get so used to talking in a destructive manner without profanity, or hearing others do so, that we only react strongly when profanity is used. We all aim for pure speech as Christians, and in the midst of our rejection of profanity, we overlook corrupt speech when we or others speak curses against someone.

In saying all of that, the issue of Christians and profanity doesn’t go away because there’s a difference between cursing and profanity. There’s no way that I can touch on every angle of this discussion in this particular post, but I still would like to give some thoughts concerning profanity.

Profanity is defined as, “blasphemous or obscene language“, and as the definition shows it has two meanings. Originally, it meant speaking of God and using His name in a negative or careless way, and then included dirty or foul words. These two kinds of profanity are also brought together, and God/Jesus Christ is combined with four letter words.

For those who argue that profanity is not inherently sinful will find some historical evidence for this, because some words that are explicit now were different back then, but I believe that there’s less to win and more to lose when standing on this argument. The case would’ve been stronger if the only ones who rejected foul language were Christians, yet we find that it’s rejected by society at large. We can go back and forth on how valid that is, but what’s undeniable is that it exists.

Having this understanding, profanity isn’t something that believers should encourage or be comfortable around. Your response concerning the use of profanity will even determine where your own heart is as well, for it involves the kind of speech that is unnecessary and harmful.

One more thing that I’d like to address is the contention that Paul used profanity, specifically when referring to the value of everything gained outside of Christ in Philippians 3:8.

The Greek word for loss in this verse is skubalon, which means dung/excrement, where some contend that it’s equivalent to the word sh*t today. 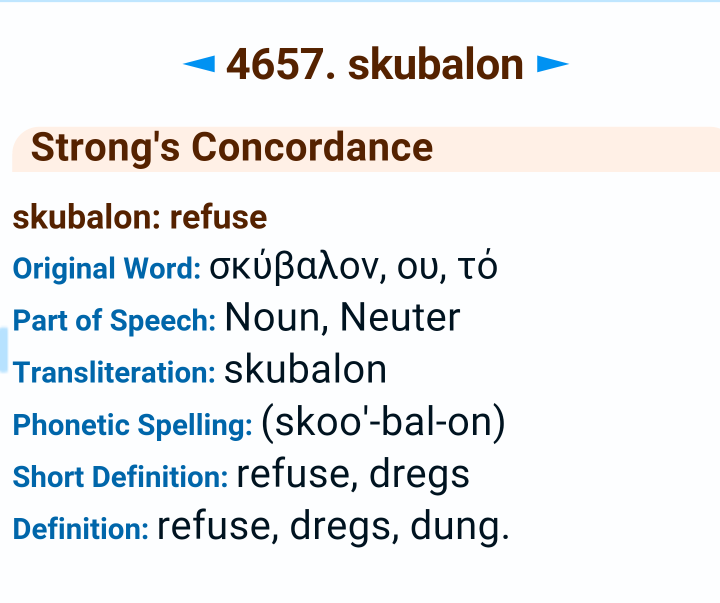 The Bible uses strong imagery and shocking analogies that describe different things for sure; from the way God felt about Israel’s sin, to our righteousness being as filthy rags, and more. However, there’s no need to assert that foul language was used, as if strong imagery or shock is the same as vulgar and profane. The writers of the Bible were very blunt, as was much of the ancient world, but they didn’t engage in profanity as it’s seen today.

Whenever there’s an issue that may not have a direct reference, you can be assured that every now and then, it’ll come up for discussion. It annoys me, but I also realize that it’s not a frivolous thing. As believers, our faith requires thinking, and this topic is no different. It’s what made me want to speak on this. Whether profanity is used in a negative or positive way, it’s less likely to help, and more likely to harm.

Let us show how free we are by choosing to be honorable and pure in our speech. We aren’t perfect, I mean I can’t tell you how often I’ve cursed playing NBA 2K! I’m TELLING you they want me to lose LOL! I’ve touched the tip of the iceberg, and who knows, I may speak on the other angles of this as well. But what are your thoughts on profanity? I’d like to know in the comments below!