How To Have Peace In The Land Of The Fearful

NOTE: Since this post was written, Trump has all but captured the GOP nomination tonight. This blog piece is all the more relevant during this moment (May 3rd, 2016). Keep the right perspective in a land that is filled with fear.

We are in a very unique and interesting election year, as the race for president is on. We are down to two Democrats and four Republicans still in the running. This is also a presidential election where America will see the departure of President Obama, who served two terms already. He has been celebrated because of the historic nature of his presidency, as he’s the first African-American president. I often speak of how race is a social construct, so I approach this differently in some aspects, but the truth of the matter is his skin color IS different from every other president before him. 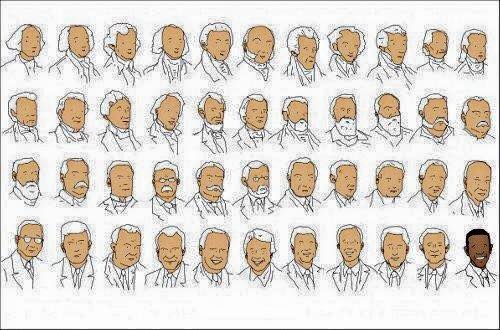 Image of every US president

Notice how this image above shows President Obama at the bottom right. If this was a written sentence he would be, as my Dad says, the period. Even though the concept of race doesn’t exist, we can see that system is in place, and affects people of color differently than whites. If hatred didn’t come through the racial classifications European culture developed, it would’ve manifested anyways, as it has throughout history.

I mention all of these things because we currently have an individual seeking the Republican nomination, that has everyone terrified! If you’re not living under a rock, you know that Donald Trump is running for president, and you’re aware of the frightening possibilities a Trump presidency brings.

The past few years of intense racial incidents, anger at Obama, and frustration with different national issues has set the stage for Trump’s improbable run. Most of us never imagined that we would be here talking about this now.

The two main viewpoints on Trump is that his inflammatory and bigoted rhetoric has either exposed what America has always dealt with, or exposed a new and darker side to American politics. I agree with the first view, what I’m seeing now is what has been present in America already, but now has regained a popular platform.

This kind of rhetoric has regained the attention of America so much that the Ku Klux Klan, a racist terrorist group, is able to give an endorsement to Trump. All of this has led to some comical statements, which comes from the fears that many have concerning this political climate.

The common joke is that if Trump becomes president, then people must leave this country, and Canada was picked as THE spot to go to. Hey, I guess instead of ‘white flight’, we can call this ‘national flight’ LOL! As funny as people were trying to be, as you can tell, there’s such a sense of dread of what’s to come. 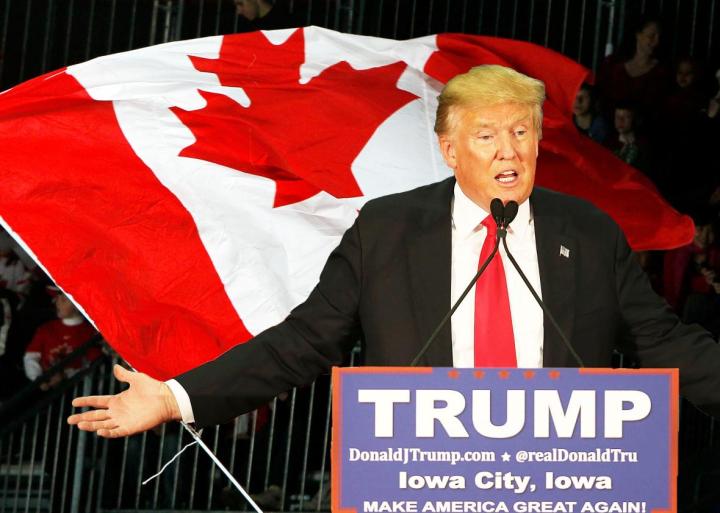 One of many pictures online joking about Trump and Canada

When you’re surrounded by all of this fear, you can get swept up in all of the noise, and forget the One you should put your trust in. The blessing of knowing who Jesus is, is that no matter the storms or circumstances we see before us, we know that He is greater. We also know that ‘Jesus is Lord’ is not just a spiritual statement, it’s political. It means that Jesus has sovereign jurisdiction over the entire universe, and knowing this affects how we approach everything.

When in Rome; Christians didn’t ‘do as the Romans did’, they trusted that Jesus meant what He said in Matthew 28:18 that, “All authority has been given to Me in heaven and on earth.” Imagine the times where Christians would fellowship one day and the next day experience the terror of a Roman regime that saw them as a threat.

As drastic as that example is, we currently have individuals who compare Trump to Hitler, so the fear is palpable. Know that Jesus reigns NOW. Not when He comes back, but right now, and is seated at the Father’s right hand. Pray for your leaders and don’t allow fear to rule your thoughts. Let that guide your perspective in this climate of anxiety and fear during the political season.