Hidden Figures: Societal Impact Of The Church They Want To Hide On Friday, January 6th, the blockbuster movie Hidden Figures was released. It depicts the incredible story of Katherine Johnson, Dorothy Vaughan, and Mary Jackson, three women who specialized in mathematics and computing that changed the face of space flight and travel for the United States! Prior to its debut, there’s been controversy regarding comments gospel singer Kim Burrell made at her church, that was recorded and went viral. She was involved with Pharrell on “I See Victory” that’s part of the movie soundtrack.

Kim referred to specific homosexual acts as perversion, mentioned the spirit of homosexuality, etc. The reaction against Kim has been swift and virtually unrelenting, from Ellen rescinding an invite for Kim to appear on the show, to the BMI award committee taking away her honoree spot at the awards ceremony.

It’s obvious that homosexuality is culturally accepted in America, at a point that was once inconceivable. I’m also aware of the deep damage that the LGBT community has experienced in the past from America, and even the church. There are so many layers to this issue that can be addressed, but I really wanted to address something specific here on this blog.

The influence of the church and church culture in this movie cannot be ignored. The movie soundtrack has a heavy gospel feel to it, and all three women that were heavily responsible for getting American astronauts in space were apart of the church. The church denominations they were members of do not endorse, accept, or condone homosexuality. The sad but unsurprising reality is that society will enjoy the culture, including our terminology, and gifts of the church until we as the church communicate the values of Christ.

If we’re moral and humanitarian, we are applauded, but if our ethics oppose that of the greater society, we’re rejected. There is no way that you can speak about a homosexual spirit today, and be taken seriously. But the reality is that the spiritual realm is revealed and engaged with in the Scriptures, and it has an impact on what we deal with in our natural bodies.

Lying is one sin that is called an abomination, and the Bible gives an account that highlights the lying spirits that influenced the false prophets of Israel. The apostle Paul speaks about seducing spirits when it comes to false doctrine. Jesus Himself cast out spirits that had an impact on physical ailments, and even mental health. From the man with a legion of demons to the mute that couldn’t speak, demonic spirits have been addressed and dealt with. The Bible never removes human responsibility, but reveals the spiritual influence that can influence the choice we make from our own will. They can hinder us from being free as well. 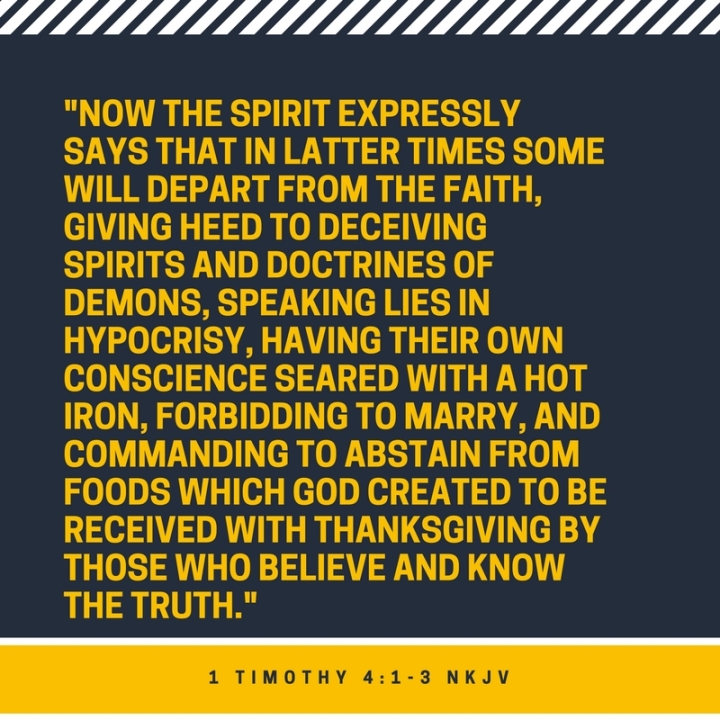 The church has always affirmed this, while making an impact in every known field that society benefits from. From education, science, medicine, music, and much more, the impact has been felt. The church has also been rejected by the culture ultimately from the beginning. When the church spoke out against idolatry in the first century, the culture opposed them, to the point where they were executed if they didn’t pledge allegiance to Caesar. The Roman government saw the church as a threat to the peace of society, but Satan was behind that rationalization.

This year will bring the need for clarity to the forefront, and people won’t like what we have to say at times. No matter the season, we must be consistent in our love for people and boldness in the truth. Christ said nothing can defeat His church, and that is exactly what will take place.